The CKDCF have donated £1,000 to the Rosehill Youth Theatre, which prides itself in diversity and inclusivity. The money will go towards staging their next production, Aladdin, in their newly-acquired Solway Hall, Whitehaven. 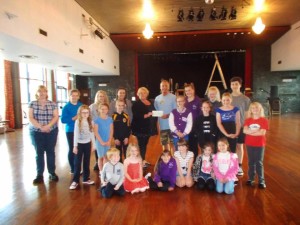 Founded in 1983, the Rosehill Youth Theatre is a West Cumbrian theatre group run entirely by volunteers for young people aged between 5 and 18 years of age. The group aims to support and promote performing arts skills for young people from underprivileged backgrounds, children with disabilities and young people with mental health issues.

The Rosehill Youth Theatre, which currently has more than 80 members, has recently moved into a new venue: The Solway Hall, Whitehaven. Their next performance (Aladdin) will be staged in the hall later in the year.